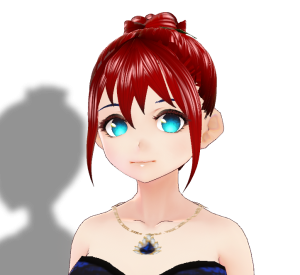 ScarletSensei is a variety streamer that wants to create a safe place for everyone to be free to be who they want to be. Upon following her channel you are immediately adopted into the family. Scarlet streams a lot of roguelike deck builders, story based games, rpgs/jrpgs and occasionally silly games.

Scarlet grew up living with her mother and grandmother, and was not allowed to go to school like other children. Her mother forced her to be her slave. While her Grandmother was a sweet angel, she was put under a spell to think this was normal and ok. Therefore, didn't try to interfere. Her Grandmother eventually passed away, she gave Scarlet the strength to break free and run away before she took her last breath. Scarlet went through a lot but was able to acquire the education she always wanted. This is why she now considers herself a teacher and the mother of others. And wants to surround herself with love and happiness, while playing video games and enjoying the childhood she never really had, through the enjoyment of her fans and followers. Her real life son is also a vtuber and they plan on doing collabs now and then.