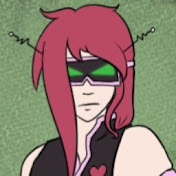 S.A.M. Intel is an American VTuber, voice actor, artist, Vocaloid producer, cover artist, and writer. They are the voice provider of an UTAU by the same name. They use they/them/he/him pronouns. Their streams typically focus on art, art commissions, gaming (typically RPGs), UTAU tuning, and Just Chatting/Q&A. They stream exclusively on YouTube. They are fluent in English, and are learning German and Japanese as second and third languages.

"The S.A.M module, (Both standing for Sophisticated Artistic Mind and Solicit Antivirus Machine) is a processor who aims to protect the android Matthias HP, formerly Malory ASUS, fighting against viruses and actively working to maintain his system. While not the cleanest, they get the job done. S.A.M is a hostile figure and generally works as a type of guard towards Matthias, usually only backing off if A.) Matt tells them to, B.) They do not detect any sort of threat, or C.) They are in the process of a repair. With this in mind, S.A.M has the capability of accessing other computers through networking, often times to gather information surrounding the module. If seen as a potential threat to Matthias, they will not hesitate to create viruses capable of causing severe overheating/explosions to the device in question. Outside of their seemingly innocent appearance, they are very much a danger to those around them.

S.A.M is nonbinary, identifying with they/them and he/him pronouns. They are AFIP (assigned female in production), but get very upset over being called a female in any term. They bind their chest and wear baggier briefs in order to simulate a more masculine body, refusing to go along with the wishes of their creator in terms of how they identify. They were originally supposed to match their assigned computer android (female), but that all changed when they came out looking more androgynous and them not feeling right with female labels in the slightest. This was a result of mass corruption in their host body, combined with black magic and the soul that belonged to a Shinigami named Samantha Lillian Crowling." - UTAU Wiki 2.0