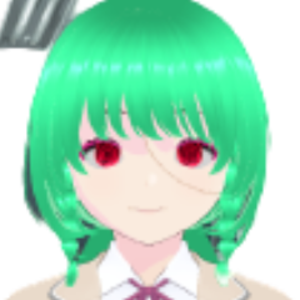 DemonicBandaid is a hecking cute Devil Hunter Vtuber, She has a split personality as her body is shared between a college girl named Midori and a former demon lord Rimu Valestein.

I was once Rimu Valestein the ruler of the sixth layer of Gehenna a demon lord feared and reviled by all but those day's are long behind me now.

I relinquished my title arriving on earth and starting the Valestein Company which became a diabolical success attracting the attention of my fellow Demon Lords.

Demon's grow through conquest and fear so I will rebuild my strength and regain everything I've lost.