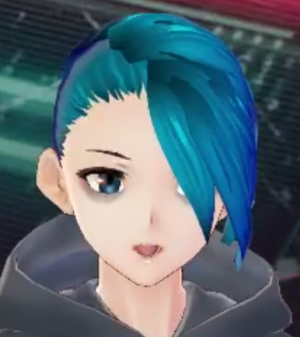 ReDGE is a DJ Music Producer derived from Hatsune Miku. As a Virtual YouTuber (ENVTuber) who makes content in English they are also a Vocaloid Tuner who specializes with Megurine Luka as well. An EDM Lover of Geek Culture they seek out new sights and sounds in hopes of relaying their findings to others as a "Support Class" VTuber along their mythical journey.

Although it's rather difficult with their switch like nature being introverted one moment and extroverted in the other under the ENFJ/INFJ personality type classification.

Their clutch is cute stuffs.

Note: Although somewhat masculine Reg is Non-Binary with a non-sensical female mind, which has lead to some comical circumstances, although they try to forgive others when they err on their ways.

Framed for a crime they didn't commit, at the end of their world line was darkness until a magical faery that looked like a cat girl showed them the plane of VTubing. Isekai'd into the virtual world called Virtual Landia, the world of Virtual YouTubers, ReDGE primarily spends their days traversing the planes as a Support Class VTuber, helping others in a new world where previously in their old world they never received any.

Notes: Runs a Soup Kitchen for orphaned VTubers who never debuted or debuted without seeking adoption from Artist and Rigger Class VTubers.

Rumor has it that Reg came from North Virtual Landia where Leda Barnette came from the South. The two collided and history was made.

Reasons why they surf Virtual Landia is search for new (and sometimes orphaned) VTubers, giving them a home and lineage until they're ready for adoption.

Is secretly a VTuber Scholar like Alimba, on the same world line. Essentially the Professor Oak of VTubers but this is neither confirmed, or denied.

Does Vampire hunts (rescues) for Evie when not busy in their free time.

Might be rumored to have the God Class/Vampire Class in their code but this has never been investigated (too much hassle).