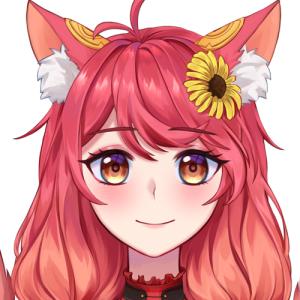 RedFoxRara is a male Vtuber playing a female Kumiho (Korean Fox Spirit) who streams a variety of games, and loves ranting about his passions. While he speaks English fluently, he's constantly surprised at the stuff that comes out of his mouth. Rara streams almost every day on Twitch at 6PM PST!

In the first year of RedFoxRara's Vtubing career, the person behind the avatar used Rara, as their Vtuber model. However, on December 25th, 2021, in an unfortunate mishap with Jesus, he would accidentally be murdered. He was then isekai'd to the digital realm where his soul fused with RedFoxRara's.