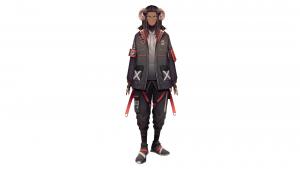 RealVenom is a male African-American VTuber, who livestreams both gaming and music creation on: Twitch, YouTube, and Facebook Gaming. RealVenom is a Nerdcore Rap Artist who specializes in the Lo-Fi, Emo Trap, and Alternative Rock genres. Some of his favorite artist include: J. Cole, Kendrick Lamar, XXXTENTACION, Juice WRLD, Lil Uzi Vert, and many more! RealVenom normally plays RPGs & MMOs, but you can find him playing anything and everything as long as he's having fun!

A young half-demon who roams dimensions in search of his lost family.