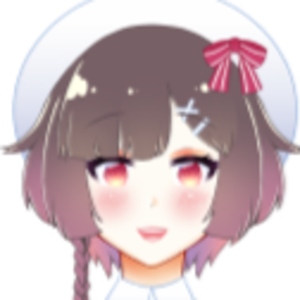 Safe Space stream! Please read the channel chat rules before you chat on my stream

I stream art and games and I plan to add craft to my future stream!

An artisant whom live in Enchanted Forest also forest caretaker. Even though the name is enchanted forest, the forest is far from dreamy, child-like, tale-like forest. The Enchanted Forest PuchikuNyaa reside is full of human eating plants and bugs, invested with wraith roaming all around the forest. Only PuchikuNyaa house area is a safe area because of magical barrier PuchikuNyaa made.

When the world is separated between New World (current world) and the Fictional World (the part of the world where people from the book in New World come out as reality), PuchikuNyaa come to Monster Country (A country in Fictional World) as a prisoner because of crime stealing many of clan members of onmyouji soul and scatter them in youkai realm. She did that out of spite because the heir of onmyouji clan harming and cursing her family to coerce her to marry him. Her family, however, in fear of the onmyouji clan, using her as an escape goat and betray her, toss her as a culprit and condemn her. They spread rumors in New World and make everyone shun her. She was judged in high court of Fictional World because her ability was suspected come from Fictional World. Although what she did is severe, she did return the souls back to their bodies, and her power is very rare and strong. So strong that the leader from Fictional World aware that she actually can fight them back if she want. She only didn’t do anything because what human in New World did to her. Their abuse and torment crush her soul. She only has an eye of dead person. When she was asked where she want, she answer without hesitate she want to go to Monster Capital because she is fed up with human. Thus the Maou (Demon Lord) taking her to Monster Capital.

Unlike the name, Monster Capital is actually very similar with RPG world. The Maou himself is an ex-human that became Maou due reincarnation. PuchikuNyaa being treated very well, but she can’t open her heart because of her trauma making her unable to trust the monster kindness. She finally ran away from Maou place to the forest (before it became enchanted). The Maou know it and let her be. Hoping it can heal her somehow.

Before PuchikuNya is coming to Monster Capital, she has magical pact (by blood) with a young man whom has ability to see spirit. Those encounter makes me met the onmyouji heir whom will later curse her family. When she is in Monster Capital, as a part of the “chain”, she was forced to making magical pact (by kiss, because Maou doesn’t have blood) with Maou. The magical pact makes her able to call unlimited magical storage bag (artifact) which where she storage most of items she made (mostly magical, enchanted items, S to SSS class, foods and drinks, and many more). Also, she is twisting the ability of her artifact and makes her able to teleporting by opening the bag on 2 separated places (but she still need to be careful when she jump. Or else she will fall into the bag dimension).

Upon reaching the forest, God has no mercy. She was called immediately and told (if not ordered) that in the future, many many dangerous plants and creature will come from another realm. Disease and plague. Things that would create mass pandemics and destroy many lives. She doesn’t want to care about it. The God gave her ability to jumping around time (time traveler) as a gift. She use that gift to jump into time when she just born and trying to kill her baby self over and over again. And over and over again, God stop her plan and saving her baby self. God whom enraged on how she treat His gift, punish her with immortality since she want to be dead so much and enforce a task upon her that she must use her time jumping ability to create the history God ordered. It makes PuchikuNyaa has to jump on many other dimension, became so many different person with many persona, and create the history God want with it. She also suffering when she know a sad future will happen and she is not allowed to change it because it’s God’s will. She later will have a contracted spirit named Sid. Sid is a Caith Sith (king of cats from Ireland) and it’s his 9th lives already. Also having another contracted Spirit named Raymond whom later become her house caretaker.

As the God will, disease and plague came but PuchikuNyaa contain it all on her forest, making her forest is extremely dangerous for human. Even if they are not a human, her forest is still very very dangerous. This makes Maou agree to give the forest ownership to PuchikuNyaa, because he understand changing and the contain the forest is the current best solution on the problem while everyone is studying to make the potion, antidote, and cure from things that came from the forest.

PuchikuNyaa send the document about the things in forest regularly to Maou but upon her study, she found out that items made from things in the forest is extremely potent. The dew from human-eating flower can be used to regen mana or HP depends on when the dew created or harvested. The spider web from arachnid in the mountain cave behind the forest (half of it is on the land deed so it’s still counted as the forest), if the weaver are very very skilled, can be woven into high quality fabric to making magic dress, etc. To vent her stress, she once bought Nintendo Switch on whim and then creating satelite so the forest can have an internet. Those whim ends up making her streaming and became a Vtuber on Twitch.

Her name in New World (real name), her name in Monster Capital, and her name as a Vtuber is it all different.