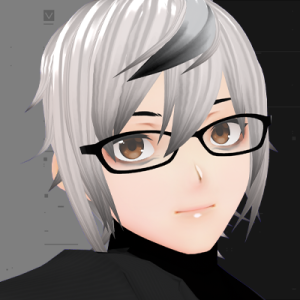 Professor Shiki or better known as Prof. Shiki or Shiki is an independent VTuber/VStreamer from the Philippines. He is popularly known for his Valorant Sova arrow lineups and exceptional strategies to win or turn around a match. Currently, he is aiming to become one of the few VTubers that are able to play professionally.

A man shrouded with mystery, Prof. Shiki is the only I.T instructor for a well-known academy. No one really knows his past or identity, but a lot of rumors circulated around his name. Some say he used to be a member of a underground society known for his ability to hack establishments without a trace. And there are other rumors that he is not the original Shiki but an imposter taking over his name.

Whether the credibility of those rumors are true or not, one thing is sure. He is a goofy but smart person, according to some of his students under his tutelage.

According to latest sources and according to rumors, Prof Shiki was actually an Ex-convict serving 2 years in prison due to corporate sabotage and information dealing. After his sentence, he dropped everything and promised to start a new life as a teacher, helping any aspiring students to not stray from the right path.