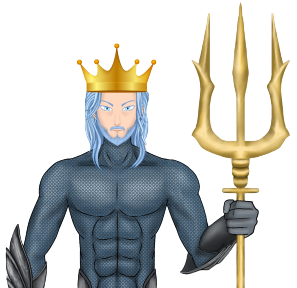 Osamu Takahiro is a Twitch vstreamer that debuted on October 15, 2022 which contains gameplay and sometimes freetalk in Indonesian and English as well as historical info. He hopes that he becomes a famous vstreamer on Twitch.

He was a famous sea king under the sea where the kingdom was called Atlantis. However, once upon a time there were some royal traitors who wanted to dethrone he from the great throne. So, he was expelled from the Kingdom of Atlantis and stranded into a virtual world called VTuber. So, with the power he have, He hope can take back the throne that those traitors have usurped.