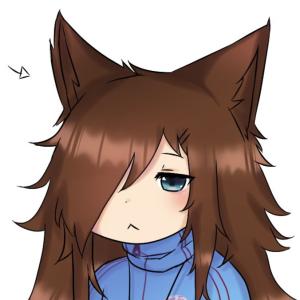 Nyuku is a Fox ex-demon hunter who enjoys playing rhythm games and many more.

He is a demon hunter who famously quit his group of people after questioning the leader's judgments and decisions regarding the norms and principles of doing the right thing. Given that he lost his right arm to a demon when he was younger and that both of his parents were slaughtered by them, he has vowed to make his parents repent (of sin) for the terrible deeds they carry out. He does not injure either people or godly beings, and he refuses to murder demons that have done nothing wrong. Despite appearing to be a human, he is not what he looks to be.