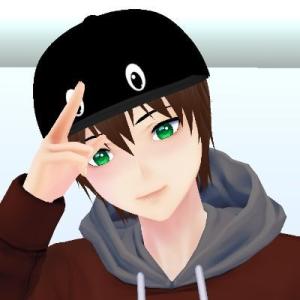 ntekiller4life is a goose vtuber! He streams a variety of games and loves engaging with his viewers.

A few moons ago, ntekiller4life was just your average streamer. He would stream while playing call of duty and indulge in trash talking the enemy team, regardless if he won or not.

However, one day he made the wrong person furious with his amazing insults; It was a wizard! The wizard chanted some sort of phrase over the team chat and nte began to feel funny. His arms turned into large wings and his nose became a bit longer than usual. It was a beak! Lastly, his body became shorter and his body became very feathery.

He hurriedly waddled over to a mirror and noticed a goose looking back at him! Anger was flowing through his veins and he let out a horrendous honk that made the ground tremble. Everyone knew that geese are agents of pure chaos and great power.

With a flash, ntekiller4life appeared before the wizard in person! The goose let out another terrible honk and he was now the size of a mountain! The wizard let out a horrified scream before thumbing through his spell book in a worried manner. He then began to quickly recite a spell to try and seal bye’s power away, unable to undo the spell entirely.

The goose lunges at the wizard but is then restrained by magical chains! A baseball cap is forced onto the goose along with pants and a hoodie. Ntekiller4ife shrank with incredible speed into human form. The wizard then sends him back to his home.

Now that everything is back to a sort of normality, ntekiller4life sticks to streaming, but who knows how long the magical items he was constrained to will hold his power. Only time will tell…