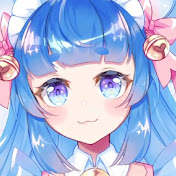 Nekomi Mousu (ねこみ) was an independent Chilean VStreamer who started her activities on October 2020. She was a former Desune Live member. She mainly streamed on Twitch. Her Twitter account was created on September 2020, while her YouTube channel was created on 1 October. The oldest YouTube video upload is from 7 October, and her debut took place on the same day on Twitch. Her fanbase are called "Chefsitos", the diminutive for "chefs" in Spanish, in reference to the nickname of Remy from the Latin Spanish dub of Ratatouille.

On 10 September, she started teasing an announcement, which was eventually posted on 21 September as a community post on YouTube. In it, Nekomi announced her graduation as a VTuber. Nekomi stated not feeling comfortable with her current activities as she had pressured herself excessively into creating content, which affected her self-steem and made her loose motivation. She also mentioned different obstacles to continue making content, such as going to college, lack of editors, and time. Her graduation date would be revealed later on, which was set for 4 November, but was delayed to 2 days later.