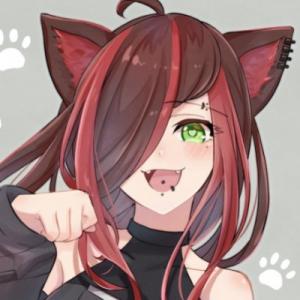 Yuuki is an Australian VStreamer who primarily streams herself playing Video Games on Twitch, but also does have Just Chatting streams, singing streams, and some scuffed art streams. She does also have study streams on her side YouTube channel.

She plays various types of games, but rarely ever sticks to one to completion. She is known to her community for having sexy "Ara Ara's", being bad at games, and making dumb voices when reading lines in games.

One day Yuuki woke up as a cat girl. She continues her every day life playing games, but sometimes her inner older-sister cat self comes out to play.