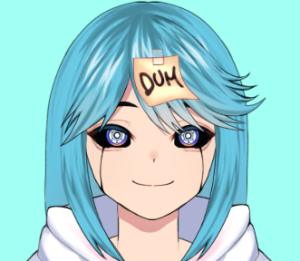 Mochimata is a android/simulacrum created to see how well human life could be replicated by a non-human that believed it was a normal person. Themes of transhumanism are implied, but not outright stated. Some form of error occurred, and they became aware of their true nature, and have decided to live life as they want, not as they are told to do. They have implied they are the prototype of their product line, with two siblings, presumably later models, named Cassandra and Callahan.

Despite tending to gravitate towards violent games, Mochi has described themself as nonviolent.

They have stated they are made of aluminum, though have not elaborated if it is pure aluminum, or an aluminum alloy.