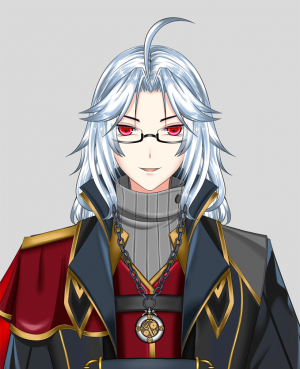 Minato Akiyama was once a regular magician that lives a mediocre life in a regular village. No riches, nor any special recognition, but he was well-adored by those around him.

One day, while doing his daily routine as a magician on a mountaintop, a sudden flash of light appeared on the other side of the island, calling out to him. After going back to the village to pack things for his big adventure, he went out to go to where the flash of light called out to him.

Three days have passed when he finally got to his destination, where he found a temple. Minato went inside, solving puzzles, and evading traps with his natural abilities, and magic. When he finally got inside to the very core of the temple, he found a dark, round object, surrounded by golden light. The object suddenly broke free of its seal, and flew in front of Minato.

A voice suddenly spoke, "This is the Orb of Time. It has the power to control time of living beings individually, or the very essence of time itself. I want you to hold onto this, and use it when gravely needed. This orb can revert disasters, change the outcome of wars, and can distort the very being of the universe."

Having no choice, he finally accepted his role, and became the bearer of the Orb of Time.

"Well then," dubbed the mysterious voice, "I now proclaim you, the Conjurer of Time."

Years have passed after accepting the role, Minato Akiyama became a VTuber, with the purpose of entertaining people while doing his most favorite hobby, playing games and socializing.