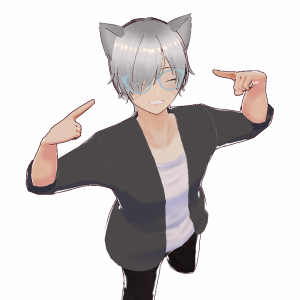 Mike is a ENVtuber who streams mostly games on his channel. He's mostly playing PS5, Switch, and PC games such as, Little Nightmares, BATIM, Kingdom Hearts, Hollow Knight, Monster Hunter, and Persona. He is also trying to do more Collaboration content for games such as Overwatch, Minecraft, Valorant, Fortnite (BIG MAYBE), Phasmophobia, and more!

He's just pretty stupid in general as he is horrible with puzzles and such. But nevertheless he seems to always pull through.

Recently, He has some big plans in store with some big Collab projects. Perhaps a Jeopardy show, love or host, or even some one vs ones with other big streamers/content creators.

Join him on his journey as he tries to turn this career into a full time job and potentially is able to put a smile on someones face somewhere in the world.

This is. IOI-Mike. dun dun dun