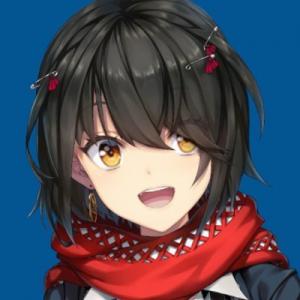 Mashiro Meme (ましろ爻) is a male Virtual YouTuber who makes content in Japanese. He is a member of Nijisanji. He made his YouTube debut on 29 December. He debuted alongside Naraka and Kurusu Natsume, forming the trio known as "まななつ" (Mananatsu). Before Mashiro made his self-introduction, most people thought that he was a female. His birthday is 27 April. His height is 158 cm (162 cm including heels). His zodiac sign is Taurus.

A university student whose light on his feet and gets involved in everything.