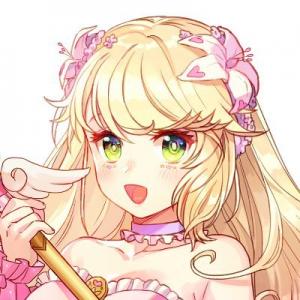 Mahou Shoujo Riri is a magical girl Vtuber who streams in English, with a heavy focus on positivity and being open about lifes struggles. She encourages acceptance and self-love and has a wholesome community.

Her streams are often high energy, loud, brimming with positivity but also the occasional troll toxicity directed at game characters when she doesnt do well in video games.

Her brand is to be bad at video games and always keeps an ongoing dialogue of her thoughts and with her chat. She is a very interactive streamer and often tries her best to greet every single chat member at the start of her streams and throughout.

Riri is from Norway so her native language is Norwegian, and she often blames her viking genes for her height at 170cm which is the average height of females in her country.

She officially started her streaming journey on the 21st of September 2019. She began using a 3D Vroid model on and off on the 14th of February 2020, yet began using it frequently sometime during May 2020.

She updated to a secondary Halloween themed Live2D model on the 30th of October 2020. She is still to reveal her magical girl model but plans on doing so within 2020 with the promise of a lore video.

Her lore is related to her IRL chronic illness ME/CFS which leads to her needing breaks from streaming from time to time as she cannot over-exert her body. She uses her stream as a platform to spread awareness and educate from time to time and to have heartfelt conversations with her viewers and community.

A young girl affected by a debilitating curse has more or less given up on life and the world. But as she remembers a legend from the past she goes out into the world to seek for something more to her life.

Her body wears down, but in her head she hears a voice. And before she knows it she has been summoned to a new world, one so so different from the one she is from.

She here learns many many things, both about herself and of the world. The curse is still with her, making her body a prison holding her back from everything. But despite so, she keeps finding ways to protect the magic by her own means.

As a Warrior of Light she is part of a trial to find the new Magical Protector of the realm, and this is where she currently is in her lore.