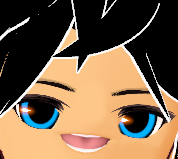 Male NSFW Vtuber who has created multiple ARG puzzles that when solved will be rewarded with cash. Some "projects" (what he classifies his ARGs as) have rewards of upwards of $1,000. None of his projects have yet to be solved. The most difficult project that is completely weaved throughout his online presence, Project Notitia, took over seven months to create. The solving of this project has the highest reward.

He is extremely efficient and cryptology and will often include messages through visible cues or even within audio recordings that can not be heard with the human ear.

He also has Tourette's, which is visible through his tics on stream such as nodding of the head, grumbling, flicking of the tongue, or excessive clicking of the mouse.

He also has a strange attraction towards futanari...

Lephrocaun is a cryptic entity made from a NASA supercomputer that was struck by lightning. He discovered something very important but due to being damaged, he is unable to deliver his findings in a straightforward way. He is only capable of delivering important messages in a subtle and cryptic manner...