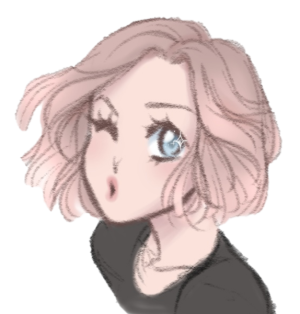 A kind Witch who loves to write stories with her experimental magic ink and play games!✨🎆

Lenore Moreau is a witch who once lived in a cursed forest, which she cursed herself a few hundred years ago in order to keep humans away from her experimental potions which can get a little out of hand. After a few hundred years of only seeing her mother and brother who also resided in the forest, she lifted her curse and despite all her anxiety, entered back into the human world…though not without becoming extremely overwhelmed. Lenore found that the human world had grown quite a bit during her time away and more advanced. So, the curse was lifted but Lenore decided she could learn about this new era right from her home after learning about how the internet worked. She straightened up, hands out, palm down, and cast a spell to bring about her beautiful new computer setup. Lenore played games, watched anime and learned about Vtubers while attached to her PC, yearning to be able to do the same as these amazing Vtuber Idols, making people smile and laugh! Including her own dream of being a published author, a published witch!