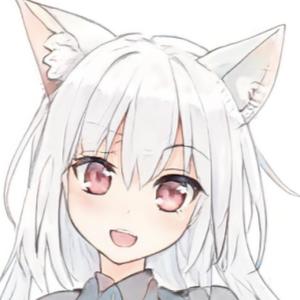 Species: Catgirl, Occupations: Adventuring, Princess, Ex-assassin. Theme: Has a Llamia friend, Lyonlu Labado, who is her best friend and they ruled Larginia together, before Kyona came to the virtual world. Has a brother, the prince, who has brown hair and wears glasses, whose whereabouts are unknown.

(A barrier is put up around the planet of Karinan, to protect the residents from ever aging and this barrier cannot be broken.) Kyona grew up in an orphanage, her parents unknown to her (she didn't know it, but at this time she had been abandoned by them and her brother was off on a long "trip", nowhere to be found), she made some friends, one being Lyonlu, then when she was strolling around outside by herself, she got captured by some shady-looking people and they trained her to become an assassin.

A few years passed and a war had broke out in Larginia and with her new skills, she rushed out onto the streets, only to find a trail of bodies, including some of her orphanage friends and her mother and father, who had come back when they heard Larginia was under attack, she dashed around the streets and massacred any enemy forces who got in her way, until, she became reunited with her best friend, Lyonlu, who was barely still alive. Kyona looked after Lyonlu, she tried to fight because she wanted to become stronger.

Some time passes and the villagers find some new information on the royal ancestry tree, that Kyona is in fact a princess! There they also discovered her full name, Kyona Fururi Vi Largo Soinen. Since then she has ruled Larginia, with Lyonlu strong enough to become her bodyguard and loyal best friend. She would sometimes go to the underground dungeons with or without Lyonlu to help out the adventurers too.

Now, she is stuck inside a computer and in the virtual world, but she can visit Larginia every now and then. She plans to one day, take Lyonlu with her, when that will be, no one knows quite just yet.