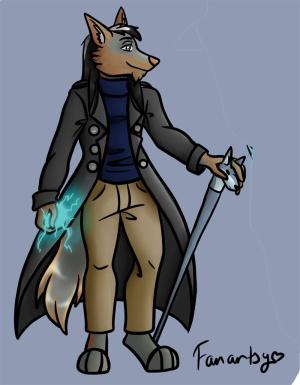 In the early years or story telling, the stories were true. Frogs became princes, and one wolf did as well. But not all fairy tales are happily ever-afters for some. Kintran was a wolf of legend, it's unknown if it was from his stories or his blood, but others soon followed. Kintran the Wanderer was one of the wolves that came from the stories, and he began recording them. The more stories, the longer he and his kind survive. Life is a story, we're all either characters or narrators. Many lifetimes have come and gone with many names for each, Valgrige is the storyteller, Stryder is the chef, Snowborn is the adventurer, Wengekoa is the musician. You never know which might take the stream.