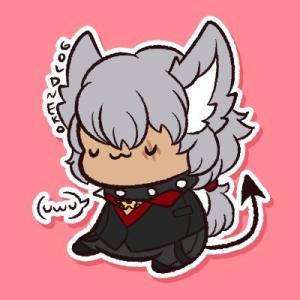 Keruberus is an 18+ Vtuber who streams mostly games in his channel. He mostly plays FPS and Strategy Games, mainstays on his channel include Teamfight Tactics, Valorant, and Apex Legends.

He is average to slightly above average in FPS games but has hit Masters in Teamfight Tactics and Gold I in League of Legends before.

He is currently part of the Cup o' Deez Podcast with his friends VtuberNemu, JustDirtyUnicorn, and Awoodles.

Recently he has begun trying different content such as ASMR and Art, with the former being a common way for him to finish his streams late at night.

He is open to any collaborations with other mature Vtubers.

Cerberus has been fired from his job as a gatekeeper. Now left with no choice he has to make online content in order to survive.