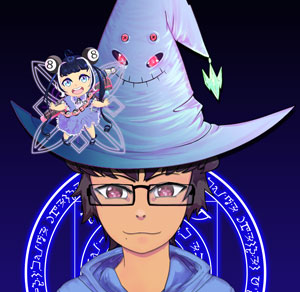 KeksiikC is a male VTuber and Streamer who makes content in English. He streams variety of games.

He refers to himself as 'Mad Wizard' due to his chaotic nature and has a habit of sacrificing viewers on his streams for mana and casting cursed spells (Chatbot commands) on his victims. He has a magic 8-ball that is armed with a grenade launcher and tends to be rude to anyone asking for her wisdom. He creates magic crest for other magic-type VTubers. It is said that his magic crests can awaken magic potential in exchange of becoming his disciple. His birthday is 22 April. His zodiac sign is Taurus and Chinese zodiac sign is Dog. He likes mana potions.