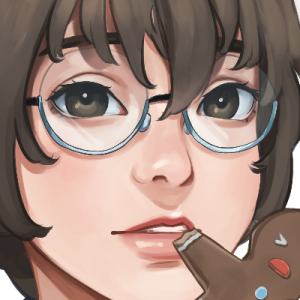 Kanna is a doll who screeches and chokes on laughter.

She originally started on Twitch and became an affiliate, but for her security (LONG story) and mental state she moved to youtube where she has found better success.

Animal Crossing was her original game, rarely ever streaming another game, but grew tired of it and moved on after a while.

Her community are called "scoops". Named after scoops of ice cream.

Kanna was once stuck in a body that was not her own. Born into an uncomfortable spot. After years of wishing to anyone who would listen she was finally given a new body, though not exactly what she wanted. She has become a broken doll.