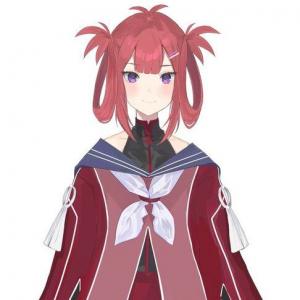 Kani is a female "Crabish" VTuber who often does gaming streams, as well as illustration and singing. She is part of the VTuber group Atelier Live. She is two years old in crab years, and her birthday is July 7th. Her zodiac sign is cancer. Her height is 165 cm (5'4") in human form, and 10.14 cm (0'4") in crab form. Her fans are called "Crabkuza", a combination of "crab" and "yakuza". Likes- Movies and talking about them Touhou Project, especially Reimu Hakurei Listening to music, her favorites being DAOKO, chelmico, 100 Gecs, and Rap music in general. Favorite games include: Silent Hill, Yakuza, simulation games and visual novels, her favorite being Saya no Uta. Favorite anime include: Initial D, Ghost in the Shell, Tatami Galaxy, The Garden of Sinners (Kara no Kyoukai), Fate series, Monogatari Series, Katanagatari and Steins;Gate. Waifu: Senjougahara Hitagi from the Monogatari series. Fan of hololive member Kiryu Coco Has a soft spot for trucks As a crab, her favorite food is sand

"Kani was a crab born on Christmas Island who lived with her family of crabs. One day, she was separated from them, and decided to travel far in order to find them. She got lost and found herself in the United Kingdom, where she discovered the concept of virtual YouTubers. She was then inspired to follow down that path and become the VTuber Kani Kanizawa."