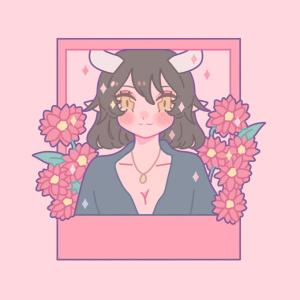 Kalel is an EN VTuber who streams variety games. They also perform karaoke and are rumored to be working on formal cover projects for future release.

They specialize in horror games, such as Dead by Daylight, OUTLAST, and zombie games, such as Left4Dead, Dead Island, and 7 Days to Die. They also produce variety streams involving Minecraft, various party games, and other creative games such as Planet Coaster and House Flipper.

A dragon who had fallen from royal grace and become a prolific monster during the great wars. Over a millennia ago, the banshee dragon was struck down... and in the valley where she fell, a town sprouted to life. The baroness at the head of the little village was elusive to the public for years, despite often hosting grand balls and parties. But rumor has it, she lies in plain sight, as the owner of a successful winery in the land, with a striking resemblance to the very dragon who was supposedly slain all those years ago.