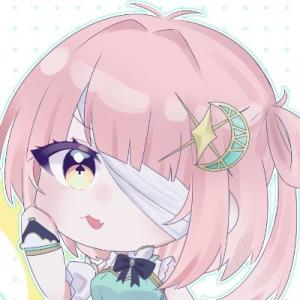 Julietta X is a Virtual YouTuber known for their bright personality and comical childishness. They primarily make content in English, though they can speak Japanese and Thai rather fluently.

Julietta is very open about things in their life, and despite their silliness, they tend to share advice and encouragement to viewers a lot.

They often stream gaming and art related content on YouTube, but they also have a less active Twitch channel.

Julietta is a Lunarian that is seeking refuge on Earth, as they are geting hunted down by the moon rabbit population for their tyrant rule on the Moon. Their original form as a tyrant was that of a masculine figure (named "Loic"), but in order to keep themselves undercover, they transformed into a more feminine-looking creature.

However, they did not transfer their intellegence stats, so Julietta is not as sharp in their tyrant days. They have a select few Moon Rabbits that still stand by their side.

They may or may not be made out of Mochi.