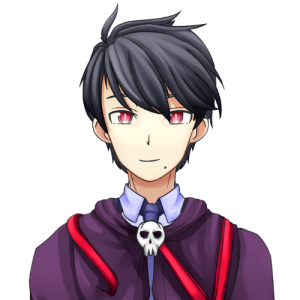 Juicei was a living legend in his empire back then. It is so huge that he almost owns the whole planet. Currently, the last countries and lands left are the homeland of the worsts enemies of the universe. They are called Pythoness, their ritual practices are called Pythonissam, but Juicei's empire called them Pythonissam to show empathy how brutal the Pythoness is.

Pythoness embraced both light and dark equally. Juicei almost ruled the whole planet. Though, they let the darkness consume them in putting a heavy curse on the citizens of Juicei's empire. One night, the Pythonissam attacked the empire and killed his father which is the current king, and took the empire.

The Pythonissam summoned a large number of phantoms to put the curse on the citizens, including Juicei. Juicei turned into a liquid material and giving him the same appearance of slime but less thick. He can still restore his human body when daytime arrives but get liquified by night. A citizen who was also cursed said that he was turned to a juice that transforms into different flavors every night”. The curse effects depend on what human desires the most. Juicei mostly desires most of the drinks made by his dad because it was a tradition to their family.

Juicei's life was a mess back then until he saw a light coming from the distance. He found a two-person with a wolf-like appearance and a cat with a fancy hat. They talked to Juicei about the problem and made him think that this curse is not a bad thing and can be a unique trait for him. That’s why he joined “ The Resurgence” as a VTuber to show that he can still be a legend even if he's not ruling or conquering lands anymore.