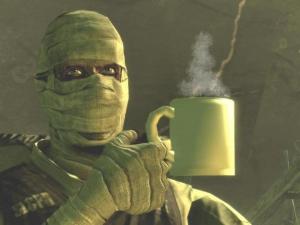 Joshua Graham is an English speaking Vtuber affiliated with Cyberstarslive. He streams a variety of games on Twitch.

Joshua Graham (known formerly as the Malpais Legate, and in folk legends as the Burned Man) is a Mormon missionary, co-founder of Caesar's Legion, and its first Legate. Graham led Caesar's troops to a humiliating defeat in the First Battle of Hoover Dam. Afterward, to show that failure was unacceptable.