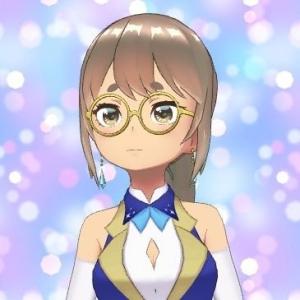 Jolty Dark is a REALITY VTuber who makes content both in Italian and English. Due to the really poor equipment, at the moment, they stream art, free chat, YouTube videos (especially the meme ones), and occasionally games.

Between June/July 2021, they thought about being a VTuber, but they have a laptop and don't even own a Live2D model.

​But, in November 2021 they discovered a streaming app, REALITY, that will help them to pursue their desire to became a VTuber.

​So, they created a different twitter account for VTuber activities; and later, they debuted on REALITY on 8th December 2021. Here, they gained a (unexpected) small amount of followers.

​On 16th January 2022, they wrote on their VTuber account that they will take a semi-hiatus of one month, planning to redebut in late February/March.  Plus, they will merge their VTuber and Artist activities into one.

During the semi-hiatus they posted a screen about their new persona and changed their pic. Despite being supposed to private their twitter VTuber account, they deleted it instead.