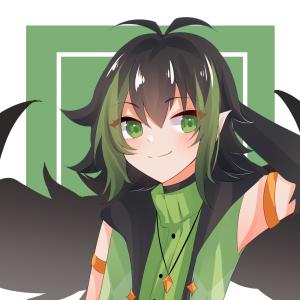 Izuki is a virtual streamer on Twitch who makes content in English. While he mainly focusses on gaming content, he also occasionally sings and designs things like Vtuber logos.

Izuki is a 1/2 Shinigami, 1/2 Fairy Reaper in training. However, he'd been failing at that training for a few hundred years. Being half fairy, most humans didn't find him scary enough and often mistook Izuki for a cute fairy, or sometimes even a girl. Being frustrated with this fact, Izuki decided to take a break from Reaper duties to travel to Earth and find out what humans find scary. He thought he'd be able to take wha he learned and use it to prove he can truly be a terrifying Reaper.

When he arrived, he discovered humans interacted with scary creatures all the time, like sharks, demons, and even other reapers who called themselves Vtubers. So, Izuki decided he would do the same and began to interact with the humans, finding out just what makes them scared.