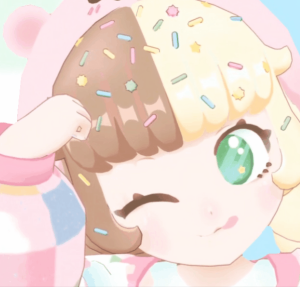 Icebell is an independant Norwegian Ice Cream Vtuber/Vsinger that makes content in english, but usually sings in japanese. She's also a 3D artist that made her own model from scratch, which was one of her goals when she became a vtuber! She has a really cool hat that is actually a bear called icebear, which appears in covers and such.