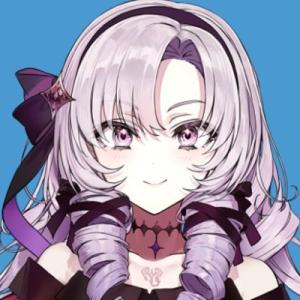 Hyakumantenbara Salome is a female Japanese Virtual YouTuber affiliated with NIJISANJI. She is the first NIJISANJI solo debutant. She is currently the record holder for being the fastest VTuber to reach 1 million subscribers in just 13 days and a few hours. On 21 May 2022, NIJISANJI announced the upcoming debut of new Liver.

Salome's YouTube channel was created on 18 May 2022, and her Twitter account also created in the same month. Her first tweet was made on 21 May 2022. Salome made her debut on 24 May 2022 and reached 100,000 subscribers on her YouTube channel on the same day (about 2 hours after her debut stream started), making her the fastest Liver to reach 100,000 subscribers in NIJISANJI history. By the following day, her debut stream archive took 1st place in YouTube trending and has been viewed for more than 1 million times. On her debut stream, she showed her certificate of residency, My Number Card, and her resume with all sensitive information being blacked out, leaving only her photo and self-promotion section on her resume viewable. She also showed her gastroscopy images taken 2~3 years ago, which later made the keyword "胃カメラ" (gastrocamera) went trending on Twitter. Her welcome goods and voice went on sale on the same day.

An ordinary woman who longs to be a real lady. Hair and voice tone are both natural.

The self-promotion section on her resume: "With my cheerful personality and smile, I am confident I can make customers feel comfortable with my service.