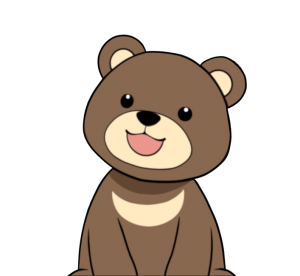 Hunny Bear is a streamer that loves to play fighting games, card games, beat'em ups, games with bears in them, and anything multiplayer to play with his friends and viewers. He always strives to make every stream fun, cute, and leaving his audience with a nice big smile.

When Hunny Bear was a cub, he has always wanted to be a big strong bear like Papa Bear. Papa Bear told him one day "to become a strong bear like me, you have to win your battles on your own." Because of Hunny Bear's size, he wasn't able to take on opponents bigger than him, so he came up with the idea to play games against his opponents. If he were to beat them in games, that would count as winning a battle. Ever since that day, Hunny Bear began his journey of learning and playing games and beating people online to show Papa Bear that he is a strong bear just like him in his own way.