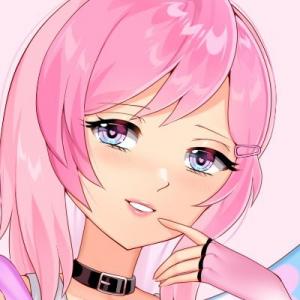 HoneydooVT is an American VTuber who streams a variety of games and sometimes art. She initially streamed NSFW games on Plexstorm as a lewdtuber, and then later began streaming SFW content on Twitch, as well. HoneydooVT is a fallen angel who was kicked out of heaven for being too lewd, so now she streams to make the people of Earth smile.