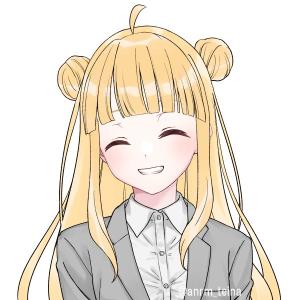 Helianthus is a Junior Assistant of Alia Nabalu. Before Alia Nabalu when on for her break to rest and recuperated, she ask Helianthus to take up her role as the Malaysian VTuber Supporter to help promote and informed viewers of other local (Malaysian) solo/ small time VTubers and their timing of their Live Stream for that day. She started her work on (Sunday) 13th March 2022 till (Sunday) 20th March 2022. She is a kind, calm, and a somewhat of a happy go lucky girl, despite being inexperience in this type of work, she push herself to make the best of the offend times confusing tweets from the Malaysian VTubers to make sense of it and organize it in a way where even the smallest of MyVTuber was not left out in the sea of tweets.