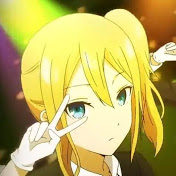 Futaba is a degenerate human being. Not much is known about this VTuber, not even the gender is known. In fact, it seems as if his or her gender changes at the drop of a hat. Futaba does degenerate content and content one might call 'shitposting'. However, every once in a blue moon, Futaba can show some genuine human emotion and talk about subjects such as his/her past or even hobbies.

Rumored to be a being of mythical proportions, not much is known about Futaba. Its gender, its real name, its sexual orientation are all mysteries that will never be solved. What we do know, is that Futaba likes to make videos in his/her free time. Assuming the form of anime character Ai Hayasaka, Futaba claims to have made the model it uses itself, the validity of this claim is still contested.