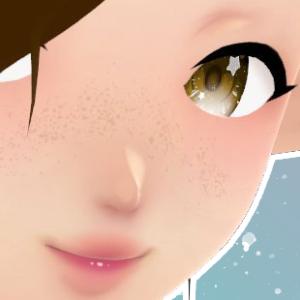 Feyborn is a Non-binary English-speaking Vtuber.

Their iconic feature is their long, pointed ears and known for smug smirks and Sci-Fi/Fantasy.

Their model is a mixture of self-made and purchased assets. They have a number of appearances based on what game they are playing (e.g. a Tifa Lockheart cosplay for playing Final Fantasy).

In a time before time and when the universe was nigh but a non-existent void, formless creatures traversed the void. A simple creature would divide these beings into two categories: those that devoured and those that vibed.

When the universe formed, many beings wandered the universe out of curiosity. But as this universe was so simple to them, they all left except for one. This being, whose name can only be described to a mortal as indecipherable “thought,” found Aelfheim. Spending time there, this being studied and learned of the mortal universe, and even took a mortal form similar to those they lived among and a name, Tel’ayir’felthy’ryun (translated as closely as possible to Human “English,” Tel’ayir for short).

After an indeterminate amount of time, Tel’ayir traveled further into the universe and, in the Terran year of 1999, came to Earth. Here, Tel’ayir found creatures of PHYSICAL form. They quickly decided that their Aelfheim form was no longer fit. After years of research, Tel’ayir discovered “Elves” (Human interpretations of the inhabitants of Aelfheim). Tel’ayir took a physical form and the name given to a certain type of creatures described in legends. Thus, Fey was born.

Since then, Fey has studied Human culture through the many forms of media: film, television, music, books, and (most commonly) video games.