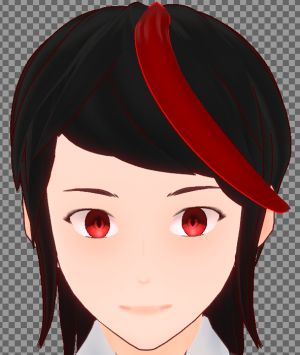 Fang is a vampire who makes content in English. He is in the process or learning Japanese. His streams are primarily gaming, but he occasionally does ASMR, and enjoys sharing and improving his education in various topics from writing to economics and science, incorporating it into stream discussions. He is also a fiction writer and owner of a public Minecraft server network called MaximumMC.

His personality is highly outgoing despite not having overcome a degree of social awkwardness. Instead of trying to overcome it, he has embraced it! He also has some sadistic tendencies that appear not-infrequently, enjoys messing with others, and will call out and mess with chat members and chat as a whole. That said, he said he welcomes chatters and lurkers alike.

He is 22 (1998) but has a severe case of boomer-brain; he is out of the loop on virtually everything socially relevant to most people, including pop music, most sports, some films, and many memes.

He has said he watched over 300 anime, but does not watch it frequently now, and is apparently an anime snob. He has called "most anime" trash, but says that such is not reason to dismiss the genre entirely. He does still keep up with a number of currently-airing shows, be they anime and live action, and hosts movie nights with friends on Discord.

He is highly protective, albeit somewhat possessive, of others, and possesses very strong moral values and political opinions, though he usually respects those who disagree, so long as he can find some sense to it. He is willing to drop a subject if need be.

Fang is a vampire apparition, turned at age 22 on 11/11/2020. He not only drinks blood, but devours humans and other apparitions entirely for their life force. Bites from vampires are often noted as strangely pleasurable.

Strengths/abilities: +Extreme physical strength and durability: able to form, destroy, or eat any material other than silver and objects of faith +Able to consume the life force and consciousness of any life or pseudo-life form, including humans, spirits, plants, animals, fungi, viruses, undead, etx. +Night Vision +hyperactive senses +Fast Healing +Does not show in mirrors or on camera +Can conceal self within shadows and travel between connected shadows +Can walk on walls, ceilings. Can be unaffected by gravity +Charm: can encourage agreeability with eye contact +Can devour any other apparition +Resistance to fire, asphyxiation, disease, and all attacks not making use of one of the weaknesses listed below +Turn a human into a vampire via biting. Turned vampires will always be weaker until they taste the blood of the one who turned them. +Experienced with handguns, typically carries two with silver bullets

Strengths conditional on recent feeding or direct moonlight. Power scales with both moon phase and amount of life force devoured. Only one is required: +Telekinesis +Telepathy +Instant healing +Body transfiguration: able to reshape own body and generate objects from own body +Charm: can permanently destroy the free will of others and give them orders +Blood control: can control own blood +Can seal other apparitions +Spellcrafting and enchanting +Necromancy +Flight using telekinesis on self

Feats requiring both a direct full moon and large quantities of life force: +Warping space-time +Faster than light travel +Traveling into other timelines via time travel. Can only travel to a time/timeline in which vampires are believed to exist (see weakness) +Create powerful natural disasters

Weaknesses: +Sunlight burns vampires and significantly weakens their abilities +Representations of things which many people put faith cause burns that heal slowly. Includes crosses, but also other widely-used symbols of faith, including nonreligious faith. Individuals who many people put faith in also have some natural resistance to vampiric capabilities. +Silver burns and causes slowed healing +Expressions of faith grant some temporary resistance to vampires +Perception: Apparitions' forms and nature are affected by the beliefs people hold about them, and the stories frequently told about them. This includes vampires. if the beliefs or stories change, so do the apparitions. +Perception 2: Apparitions must be believed in to exist. If completely forgotten, Fang, like any other apparition, will cease to exist until he is remembered. +There is a concrete limit to how many vampires can exist in the universe. The more there are, the weaker each is individually. As a result there is significant conflict between vampires featuring several factions