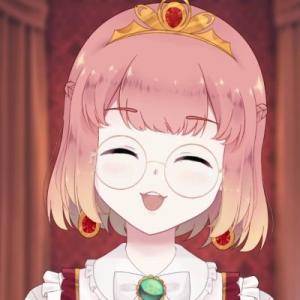 Her Majesty the 39th Crown Princess of Nova Selena, Emilly I, Duchess of Nova Antaresa. Decided to become a Virtual Youtuber in an effort to interact with and further study the ways, cultures and, weirdness, of the new world of Earth. Towards lasting friendships between our worlds, slowly but surely bridging the gap between Earth and Nova Selena.

In the year 3935 (2016), a secret expedition was launched by Emilly without the knowledge of her mother, into a mysterious object known locally as "The Rift." This rift turned out to be a gateway to a new world, a place called Earth. Since then, she has continued to send expeditions into Earth to gather information about it. Eventually, in order to interact and further study the new world, she decided to become a Virtual Youtuber after her mother gave her approval to the endeavor. Now she comes into this world curious and eager to learn more about its intricacies, secrets, and more!