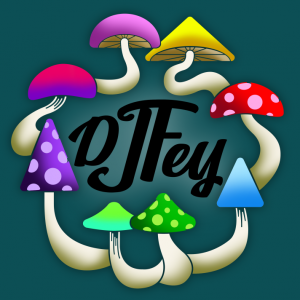 Fey is an English Vtuber who will stream on Twitch and posts videos on Youtube. Currently Fey is posting on Twitter until her 3D model is ready. On occasion her artist The Polish Apple streams the modeling process and her overlay creation on Twitch (https://www.twitch.tv/thepolish_apple)

Fey is a changeling, a fairy tasked with replacing a human in the human world. She was raised as human until she was 20, when she found her fae heritage. Sense then she's been tasked with watching over fairy circles and, to entertain herself between bringing humans across the veil she runs a radio station for the humans to enjoy! Recently she's enjoyed so much of the new Vtubing craze, she got herself an artist and started the journey to becoming a vtuber.