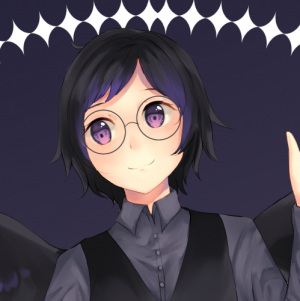 DivineVR, also known as Brandt, is a variety VTuber/VRStreamer hailing from the United States that streams content in English; Primary of their content has been from single player adventure games but has been recently branched out towards multiplayer games with both friends and viewers alike joining in. With a lackadaisical demeanor they great everyone as a friend on stream.

DivineVR is typically known as The Guardian Angel Vtuber and with a warm purple, black, and silver colorings they do not typically stand out in the crowd however they will make their presence known by their voice alone.

Though no offical lore has been debuted. They are known as an angel sent from the heavens to help others.