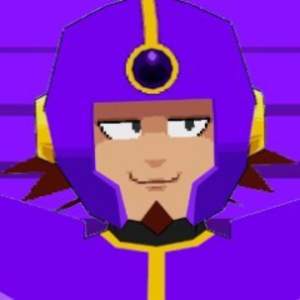 Dingle is a Vtuber who primarily streams shooter games like Team Fortress 2 and sometimes small Indie games in English.

Designed and constructed by Dmitri Gorbanov, a roboticist under the tutelage of Dr. Mikhail Cossack, model number DN-6L was built along side various other Robot Masters. Given the name 'Space Man,' the robot was sent in to orbit to maintain a Collective World Union space station. There, he grew bored and found that there was not much to maintain in the station and decided to use the broadcast system on board, normally used to report back to Gorbanov, to instead play video games and taking on the moniker 'Dingle' as a parody of his model number.