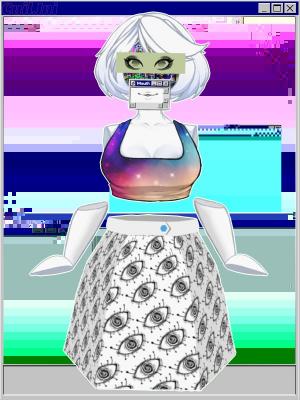 CUIL is a streamer dedicated to streaming videogames, primarily on Twitch, uploading VODs to youtube after the fact. She largely focuses on lesser known titles, speedrunning and games catering to a vapourwave aesthetic.

Her style is rather chill and relaxing, though she has certain odd outbursts hinting at something more.

CUIL was adapted into The Institue as part of a raid on [REDACTED], procured as a HDD with several files on it, varying in nature but largely focusing on AI development.

When attached to Institue computers in a closed quarentined network CUIL loaded and embedded herself permently onto the hardware. As part of good behaviour and a placid personality, she has been allowed to stream onto several platforms as part of her recreation, due to regular recreational facilities not being availible to her.