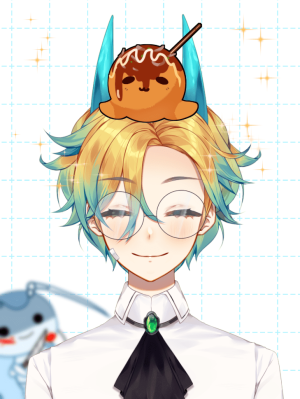 CorbiYaki, also known as Corbi is a leviathan who is also a streamer, artist & Rigger. They primarily deliver content in English and mainly use Twitch as a streaming platform. Other content could be found on their Tiktok where they do videos. Their community is known as 'Takoyakis', tiny takoyaki creatures in variety of looks and tastes.

Currently they haven't announced or revealed their lore, but what was revealed was the following. They have magical abilities such as shapeshifting to different forms of themselves, spell casting and the ability to control aquatic animals. Corbi is also joined by their friend/mascot of their channel, Philip the islopod. Much isn't known of Philip, other than they are possibly a yandere and very protective of the leviathan himself.