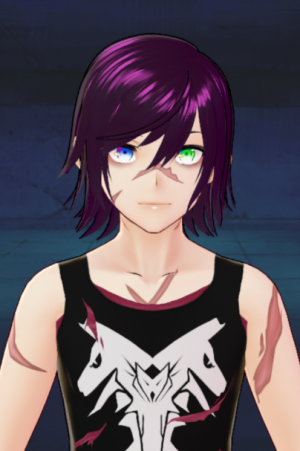 CodeSOL_Cas is a Male English Virtual Streamer who started streaming in 2018, but debuted his avatar on May 19th 2021. He has reached 600 followers as of July 2nd 2021. His main focuses are shooters, fighters, and RPGs, but he also streams a variety of other games as well.

As an inmate of an undisclosed maximum security prison for crimes not even Cas himself knows of, he's been imprisoned for the majority of his life. Since being detained, he has attempted (and failed) to escape a total of 6 times. As a way to discourage Cas from continuing to attempt to break out, the guards have allowed him to play games (eventually bribing them to let him stream) and practice music from his cell.

Within detainment Cas has taught himself music, including, but not limited to the bass, drums and guitar.