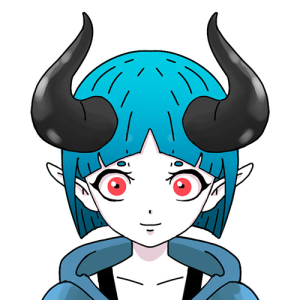 Chizu was once a normal human who died in a car crash. She then roamed the spirit realm, fought demons, and made enemies. She then struck deals and became a ghost demon hybrid and banished to live in hell. Later, she was summoned by a shady figure to form a vtubing group with plans to take over the world and spread the mantra of "Bad Bitch Beach" ( True peace that can only be ushered in by Deadly Syndicate).