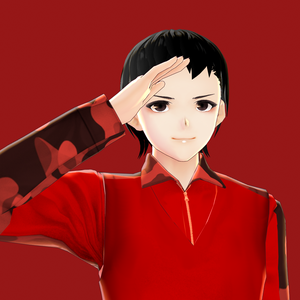 Novack is an operator and VTuber. He mostly plays first person shooter games but he is willing to play a variety of games. Currently playing Apex Legends, Fallout New Vegas, and one random game as part of his stream lineup. Depending on what game he is playing, he might break into a song just to get the boredom out. Don't expect an angelic voice, that's not available in the package. And don't expect any 300 IQ gamer move, cause he's got none of that.

One day while in the firing range, Novack thought about the FPS games he played on his old Playstation 2. Then he thought, "How about I used video games as part of my training. Hell, why not stream it while I'm at it." And that's how he decided to become a VTuber.