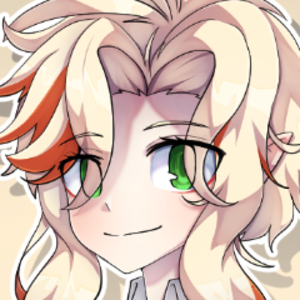 Brie is a variety content creator that has 3 hour bursts of pure energy 3 times a week. She enjoys entertaining and making people laugh, even if the laughter is from her own inaptitude at the games she plays and the words she messes up speaking. Her main form of humour is dry sarcasm and dad jokes. The content she makes is varied; she’ll play a story heavy RPG one week, next she’ll be playing Lawn Mowing Simulator. Who knows what goes on in her head when choosing games. Brie enjoys doing voices and will often act out game dialogue (if it’s not already voice acted) using her own interpretations of what the character would sound like. She voiced the entirety of Danganronpa 2, AND V3. The madlass.

Centuries ago, a terrible tragedy overtook Earth. The devastation led people to flee, fearing for their lives. But no matter where they went, the destruction was already there. Hope seemed lost. However, one group gathered what little they could and escaped to the one place they assumed would be safe: underground, closing the holes behind them. Life underground was hard. But compared to the world above, the tunnels seemed a sanctuary. And, like the ancestors before them, these humans learned to adapt. They created a new society, one that took inspiration from their past life above ground. And like all new things, it needed a name…“Síranonía.” Generations came and went, and with time the Síranoníans evolved, suiting their new needs. Their ears became more attuned to the world around them, their eyes able to see what they once could not. But, as a result, their sense of taste has waned to practically nothing. And some of these humans were lucky enough, or unlucky depending on the view, to gain…special powers. No one knows how or why these powers are granted, but in every generation a few appear who are able to channel the elements.

But…what did happen to the world above? The humans of the past left it behind in a seeming disaster, if the stories are to be believed. Are the Síranoníans really the only ones left? Perhaps it’s time someone “discovers” what really happened.